Yes, if you’re on public health insurance, your payments will change when you’re older. Depending on how long you’ve been on public health insurance during the second half of your career (generally starting at the age of 40 as a rough estimate) and how much you earn during retirement (including how you earn it) will impact the price you pay for the Krankenversicherung der Rentner (KVdR) or Health Insurance for People who are Retired.

If you’re currently insured under public health insurance and working full time, you might only be paying 7.3% of your income per month while your employer pays 14.6%. You might have assumed that the government since you’re retired, would have a similar plan, but it’s Germany. So, it’s a bit more complicated than that.

The questions we’ll answer next are why do insurance payments change when you’re older, and how do you know which type of insurance you qualify for?

Were you insured after 40 under public health insurance for more than 90% of the time?

Again, this is quite specific, but it’s German bureaucracy, so we have to do our best. The first thing you have to check is if you were insured under public insurance for more than 90% of the second half of your career (most people judge this starting at age 40, but could vary for those who have started their careers later or retired earlier). If the answer is yes then you qualify for the Krankenversicherung der Renter KVdR or roughly translated: Health Insurance for People who are Retired.

There is an option for those with public health insurance in another country to pay extra contributions to qualify for Germany’s KVdR. This, however, must be requested from the Deutsche Rentenversicherung and is determined on an individual basis.

Usually, it’s a good thing to be voluntarily insured because it means you’re able to decide which insurance you want, but for the KVdR, it’s actually not a good thing. Depending on your status, it will actually change the amount you’ll need to pay monthly.

If you’re getting a pension from the German government and fulfill the requirements mentioned above, then you’re compulsory insured under the KVdR. You’ll pay contributions for any income excluding private pension insurance, income from renting (like a flat or a house), or interest payments.

What if I never worked?

If you never worked, then the date of your first marriage (or if no marriage happened, then when you turned 18) counts as the beginning of your employment time. Many times those who raise children or have disabilities have a difficult time working and never end up with full-time employment. This additional clause makes it possible to have healthcare regardless of how people spent their lives.

The Vorversicherugszeit (time before insurance)

This is the time before you were insured with the KVdR and used only to include insurance periods where people were insured through public insurance. Since 2017, that rule to determine this period of time has changed. For each child someone has (regardless of whether the parent decided to stay home with the child or not), 3 years are added to the Vorversicherungszeit. The only rule is that the children are born before your retirement and also includes adoptive and foster children.

If you’ve already been denied entry into the KVdR and didn’t know there was a regulation change, you can speak with the Deutsche Rentenversicherung about getting insured.

I am about to retire. What will happen?

If you are publicly insured and know that you fulfill the requirements for the KVdR, then once you start getting your pension payments from the German government, you’ll get a questionnaire from your current health insurance provider.

This information will help them determine your health insurance payments. For most health insurance providers, you can fill this out online, in person at one of their offices, or by sending them the questionnaire back in the mail.

Freelancers, lawyers, pharmacists, and others who are voluntarily insured

For those unable to get on public health insurance during their careers, there was a loophole created to allow you to get into the KVdR under certain circumstances.

The first condition then follows that they still have to spend at least 90% of the second half of their career publicly insured. The second condition is that they have the right to a German pension through the Deutsche Rentenversicherung.

Everyone who contributes at least 5 years to the German public pension fund is entitled to receive a pension. You can check this by contacting the Deutsche Rentenversicherung.

How much will I need to pay?

It really depends on your situation. There are four general classes that each require different contributions. So, depending on how much of each of the four you have, your monthly health insurance payments will be different:

If you’re compulsory insured, then you’ll pay 7.3% of your public pension, 14.6% of non-public pensions, and 14.6% of income from side projects per month. The rest are not counted as contributions.

Now, if you’re voluntarily insured, this id different. You’ll pay the same for the first three as people who are compulsory insured, but then for income from renting, interest, dividends, and private pensions, You’ll pay 14%. Although, if your side project doesn’t make as much, the KVdR might drop the contribution to 14%.

Can Feather help me with my KVdR application?

We, unfortunately, can’t at the moment. You’ll need to go to the Deutsche Rentenversicherung to sort out everything you need. They already have your information, so you’ll just need to retire, start getting German public pension payments and contact your public health insurance provider for more information.

If you’re interested in using Feather’s services like free customer service and submitting claims online, you can switch your public health insurance provider by sending us an email. We’ll give you a template to send to your insurance provider (currently only available for TK, DAK, AOK, and Barmer customers), who will then allow you to make an account.

From there, you can sign up for our other insurances like dental, life, or liability insurance. All your claims can be made from the same Feather account. 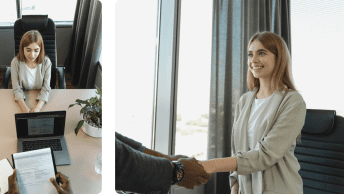 What happens to my health insurance during job loss 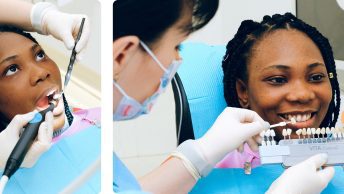 What is a Heil- und Kostenplan?

A Heil- und Kostenplan is a document used by doctors and dentists to provide you with a cost overview for more expensive healthcare treatments that... 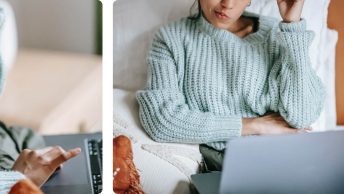 What happens when Feather won’t accept my application?

Summary: While we would like to be able to accept everyone who applies for our insurance policies, we unfortunately are not able to at this time. In... 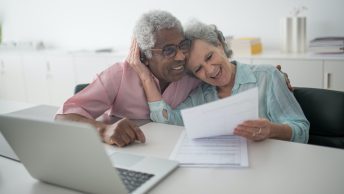 What is an insured sum and how does it work?

Summary: You might have come across the term insured sum or coverage sum when applying for an insurance plan. Depending on the plan, you might have... 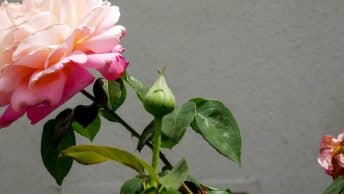 How much life insurance do I need?

Summary: If you ever plan to support others or buy a house or an apartment, it’s probably a good idea to have a life insurance policy. Your early...